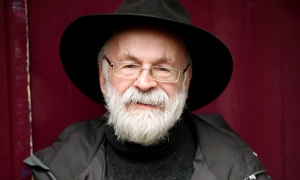 Terry Pratchett is awesome. I could stop right there but that would sort of defeat the self engrandizing journey of praise I’d like to set out upon for this, not long for the world, amazing author. I came to the game so to speak probably far after many had discovered his writing. But that’s always the way for me: late to the party and the last one standing. Strangely enough that’s also only half true as I actually read a graphic novel ‘Mort’ when I was younger that is an adaptation of the novel of his which shares the name. But since I can claim ignorance at the time of not actually knowing it was Terry’s work I still hold to the aforementioned statement that I did not read his work until recently, or at the very least, knowingly. 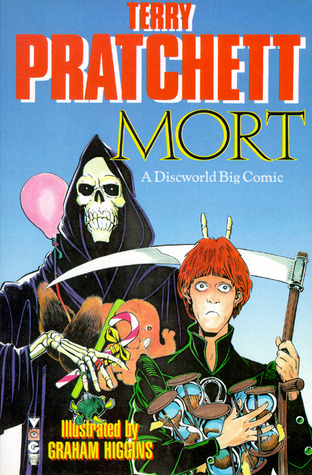 Why do I love his work so much? That’s what I’m waxing on about isn’t it. So I’d best get to it. When I read his books I smile, I laugh, I learn, and maybe most important of all, I laugh at myself. In the Disc-World works there are over fourty books. To say that Terry was prolific would be an impressive understatement. The man simply never stopped writing. Up until he passed away he wrote and did so even when he himself could not put a pen to the page. He had someone take dictation and continued on in that way as well. Anyways, I digress.

In these many books I don’t understand and am constantly humbled by how he never ran out of something to say. And there in a way is the lesson I took away from him. He’s the ultimate example of what a writer should do if he wants to improve, grow, evolve, or any other fancy adjective you can throw at the wall: you should write. Yes some of it may be better or worse, but that is hardly the point. The point is to write, unashamedly, unabashedly, unanotherwordedly. Our greatest glory is not in never writing pure garbage, but in writing pure garbage until it becomes someone else’s treasure. I’m now a staunch believer in the counter concept that, you can in fact, polish a turd. To make this point in another way. Terry has made me less afraid of my writing. Inaction is the mother failure, and upon further thought, the distant cousin of masturbating far too much. 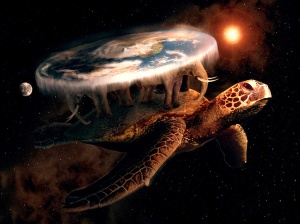 We worry and worry and worry and melt away in a boiling non existence of existential crisis far to often wishing that we made the next great work, the world changer that all will bow before. The Disc-World books made me realize finally how unoriginal that is. A sharp adherence to practiced set standards leads to the constant problem: same shit different manuscript. Writing is meant to be play, to entertain! I feel like you see this a lot in Terry’s irreverent non-stop word play. The man is constantly creating words, messing with the ones we know and liberating us from the misunderstanding that language is law. Language is a symbol of our better selves and our better selves are not ruled by laws. They are freed by creation. Granted to write a sentence with zero punctuation that carries on for ages when it should have stopped an eternity ago can get you in serious trouble if you’re not careful and a lot of people will have your head for it but if you stick to your convictions and run with it you may be surprised at the end result… it might be funny?

So that’s what Terry Pratchett means to me. Don’t be so insufferably strict with how you right. Play with language. If you are doing it for any other reason than the clacking you feel under your fingers as you go along, you may want to examine your goals.